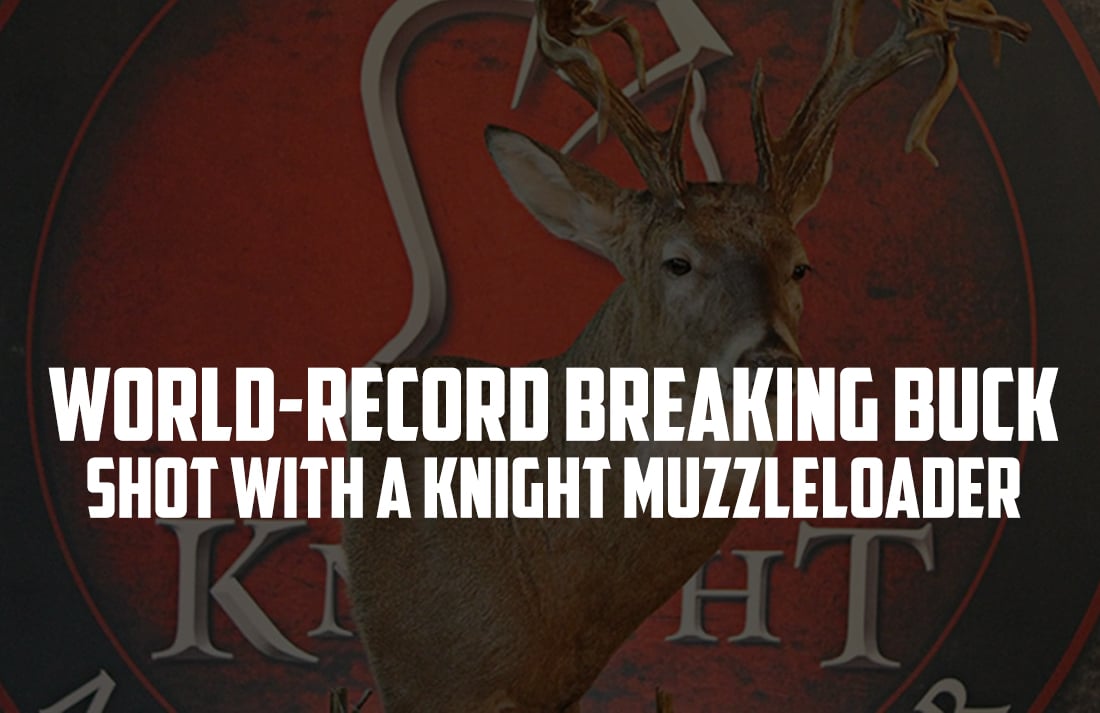 All hunters dream of the one. The prize buck that will one day step into their sights. The big one the world will always remember. That dream came true last November for 27-year-old sportsman Stephen Tucker of Gallatin, TN. He had just finished working out on the farm he and his family lease when he received a phone call from his uncle telling him about the incredible buck he had seen. This is the American made Knight muzzleloader takes world-record buck story.

“You’ve got to see this deer!” his uncle exclaimed. Stephen didn’t think much about it at first, but once he saw it for himself, he couldn’t believe it. For 15 seconds the massive 47-point buck locked eyes with Stephen. 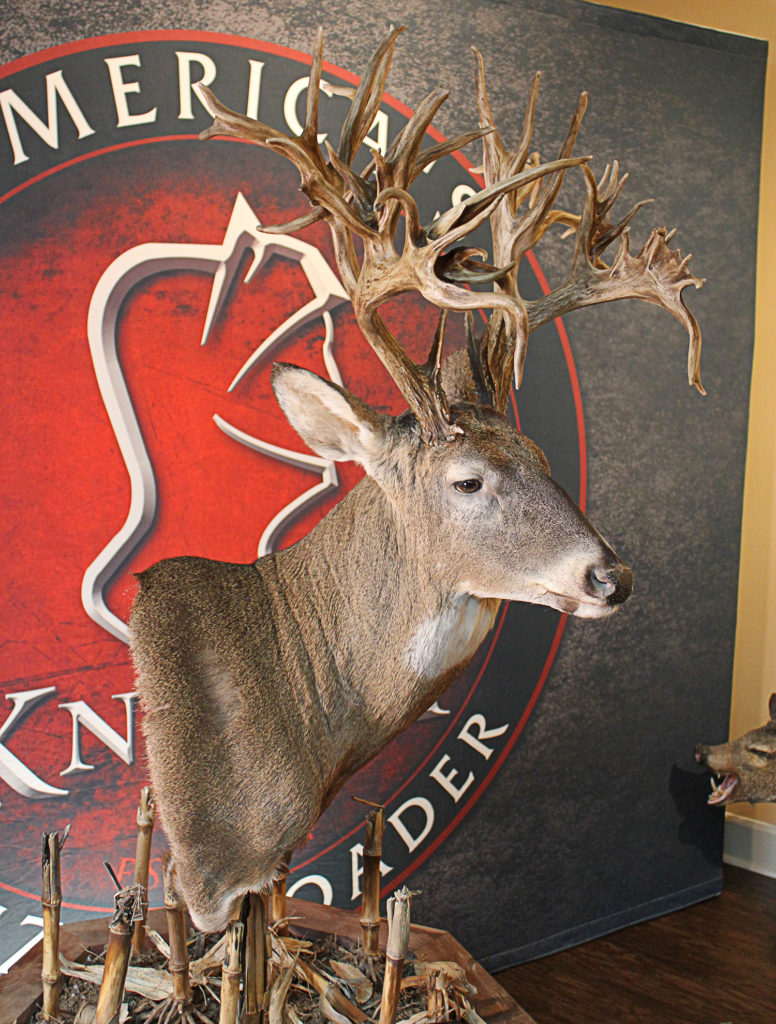 On the opening morning of Tennessee’s muzzleloader season, Stephen packed his prized Knight Disc .50 Cal. muzzleloader, a meaningful fifteenth birthday present, and went hunting. That same day he had the prize buck in his sights, but at 162 yards away, Stephen made the true sportsman’s call to wait for a shot he could be sure was an ethical one.

“I didn’t want to take a chance on crippling him or missing and never seeing him again,” Stephen said. The following day all he encountered were does, and they were acting funny. Stephen said that even though he scented up very well, they were blowing in his direction, so at that point he decided to call it a day.

The Knight Disc that Stephen got when he was 15, the very same one used to take down the massive world record buck!

On Monday his patience paid off when about 30 minutes after daylight, a mere 30 yards away from his box blind, Stephen spotted the massive buck. This buck was the one in the scope of every sportsman’s dream, but Stephen’s eyes were wide open as he carefully shouldered his Knight muzzleloader, lined up his shot, turned off the safety, and fired to make the American made Knight muzzleloader takes world-record buck story a reality. Through the smoke-filled air in his box blind, all he could see was its whitetail waving as the buck ran for the tree line.

After about an hour of searching for a blood trail with the help of some friends and family, Stephen had almost given up and was going to wait until after lunch to search some more, but they decided to check the next corn field over. That’s when the blood told the story that would be heard around the world.

Another 30 yards down, they found Stephen’s world-record buck lying in a gully.

“Walking up on him…you just can’t describe it” Stephen said. “I knew he was something special, but I never thought he would have broken 300 inches.” Stephen said he initially thought the buck would register around 245 inches.

When what will certainly become a legendary buck was finally measured, it was an incredible 312 3/8 inch non-typical, breaking the previous Tennessee state record held by Dave Wachtel’s 244 3/8 inch buck, and the 2003 world record held by Tony Lovsteun’s 307 5/8 inch Iowa buck. 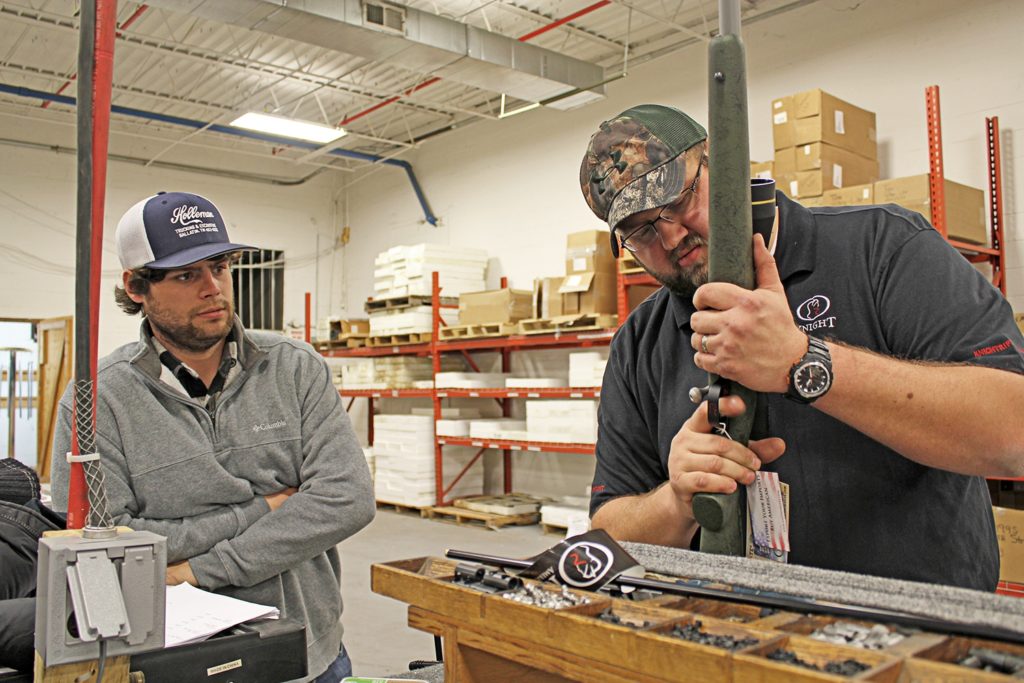 Stephen watches as Knight Production Manager Justin Perry assembles the Ultra Lite Muzzleloader he chose to take home with him. 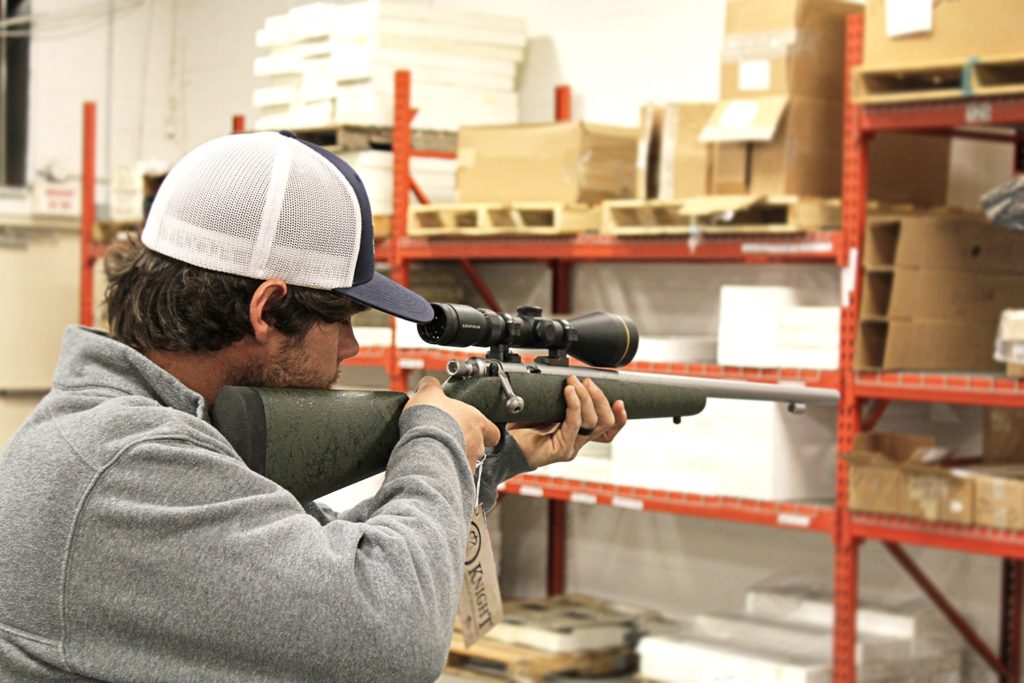 Knight was honored to have Stephen and his grandfather visit the plant where we gave them a tour of our facility and let Stephen pick out a brand new Knight Muzzleloader of his choice! It was a treat to hear his story and to see the incredible buck in person. We are proud of his amazing accomplishment and for choosing Knight Rifles and bringing the American made Knight muzzleloader takes world-record buck story to the world!