A hunt for greater kudu on foot is difficult under ideal conditions – after all, they’re called the “Grey Ghost” for several good reasons. They are brown-grey in color, elusive, smart, have excellent hearing, and remarkable ability to hide in thickets considering their large size (mature bulls can weigh up to 700 lbs.). Conditions for this hunt for the greater kudu species in northern South Africa with Sand River Safaris in Musina, RSA near the Zimbabwe border earlier this month were far from ideal: It was hot (95 degrees midday) and dry, the terrain was noisy (loose marble-like rock on exposed slopes with dry mopane leaves covering the ground), near the end of the “trophy” hunting season with meat hunters actively working the area, and of course… I would be hunting with a Knight Rifles muzzleloader!

To take a big kudu bull you must hunt where they live and the area around the Sand River at the northern edge of the Limpopo Province is prime habitat for the greater kudu. Kudu require diversity in their diet, and this region has the necessary plant life variety in addition to vast stands of mopane trees with leaves favored by kudu, nyala and eland. Natural springs in the riverbed provide water even during the dry season, which kudu use daily. This area is also lightly hunted, so despite my bad luck with resident meat hunters, the potential for finding a big, mature kudu bull was excellent. And, find some we did during the first week of the hunt – unfortunately most were fleeting glimpses from the “bucky” (English pronunciation of the Afrikaans word “bakkie” or hunting vehicle), and despite the remarkable efforts of a genuine Bushman tracker assigned to hunt with me, our attempts to catch up with any of the spooky bulls on foot had failed. 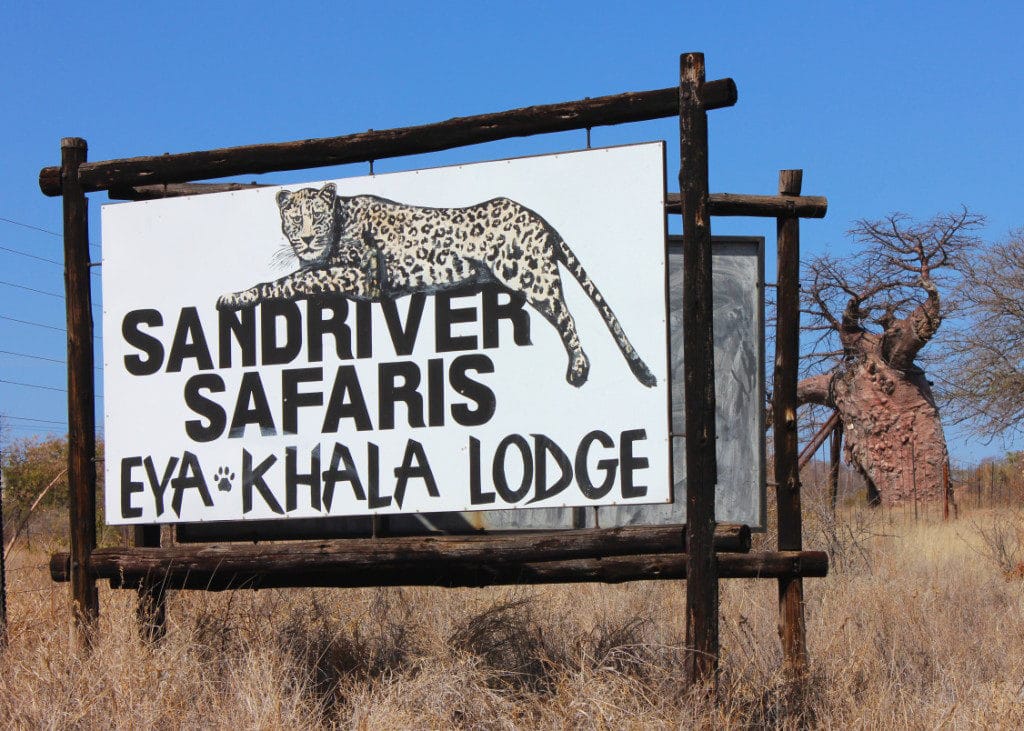 When Rick Wolvaardt, son of Sand River Safaris owner Johan Wolvaardt, arrived in camp from Mozambique we made fast friends. The young but highly accomplished PH reminded me of me when I was his age (22), and we made plans to hunt kudu together the next day – the 8th day of my 10-day hunt. Our plan was to glass early from high points overlooking areas Rick knew were favored by kudu, and then to later sneak along the riverbank hoping to catch a thirsty bull. The first part of the plan worked, as we spotted 3 distant kudu bulls that were spooked by a gemsbok. We followed but lost them, so Rick climbed high in a tree (ahhh, the benefits of a youthful, exuberant PH) and 15 minutes later he spotted the bulls. We trailed but ran into some blue wildebeest that spooked the kudu, then again… and again! After the 3rd bump we figured the kudu were uncatchable, so with the morning temperature rising quickly, we headed toward the river.

Once again, Rick made the right decision. Sneaking along the riverbank we encountered a group of kudu cows heading off the far-side mountain to water. A few hundred yards further Rick spotted reeds moving in the river, and set the shooting sticks in the sand. Knowing what that meant, I quickly leveled the Knight Mountaineer on the sticks just as the head of a big kudu bull popped out of the reeds to have a look at us only 40 yards away. Too close! With the rifle zeroed for 150 yards it would shoot 3 inches high at that distance, so to hit the bull’s chest I would need to shoot into the reeds. In a flash the bull disappeared, then reappeared across the river and started up the far bank. He stopped at the edge of the trees and looked back, standing almost broadside. Although his horns were heavy, Rick advised in a whisper, “…he’s a little short, but it’s your call.” Ka-boom! 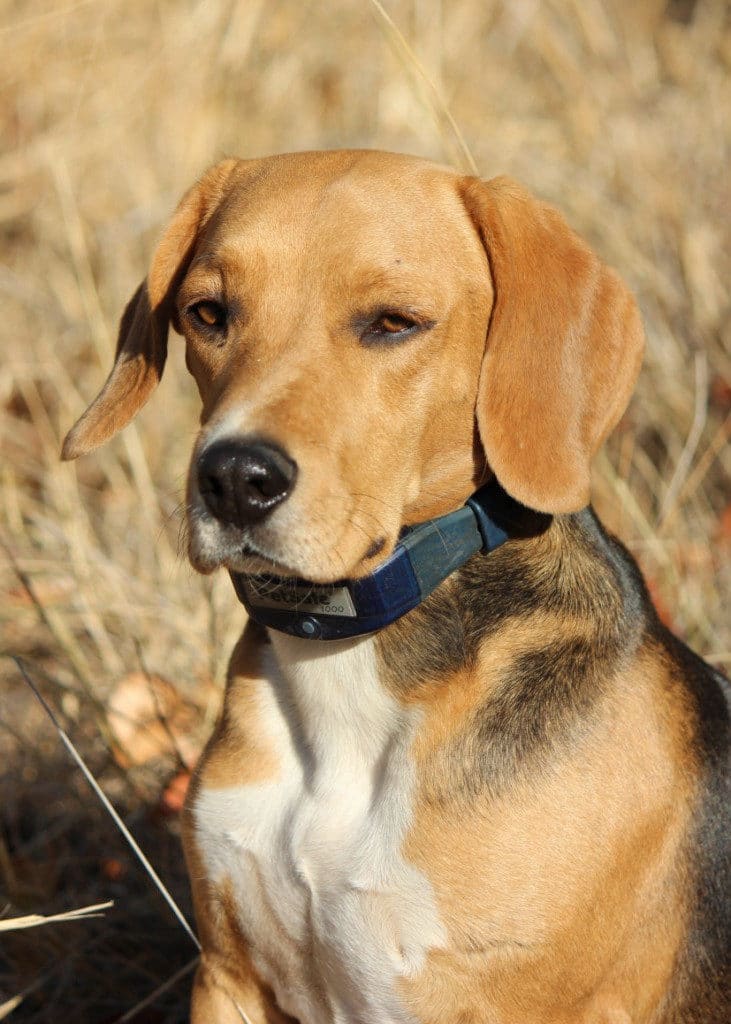 The 137 yard shot across the river was perfect, breaking the big bull’s shoulder. But these animals are tough, and he quickly disappeared into the thornbush despite a useless front leg. I hurried with reloading and after crossing the river, Rick released his tracking dog “Bruce” a young beagle. The little guy did his job and soon caught the kudu, bedded about 100 yards away. Unfortunately, this old hunter nursing a chest cold couldn’t cover the ground quickly enough, and the bull made another dash off through the bush. This time we ran in pursuit, and when Bruce caught him again I was in position to send another 300-grain Dead Center bullet through the brush to drop him. Rick was ready to celebrate, but I cautioned that I must reload again, then handed my small video cam to the PH to record the walk up. As we approached the big bull jumped up, and although probably unnecessary I shot him again to end the struggle as quickly as possible.

It had been a great morning of firsts. Thanks to Sand River Safaris (www.sandriversafaris.co.za), my guide Rick Wolvaardt and his dog, and Knight Rifles’ remarkably accurate and reliable muzzleloader, I had my first kudu. The old, battle-scarred bull had a gaping hole in the bridge of his nose made by the horn of another bull. Did I mention these animals are tough? This was Rick’s first time guiding a muzzleloader hunter, and he was suitably impressed with the gun (…jury is still out regarding the hunter!). It was also the first “catch” for young Bruce the tracking dog, and I’m certain there will be many more in his future. I know there will be many more muzzleloader hunts in mine. 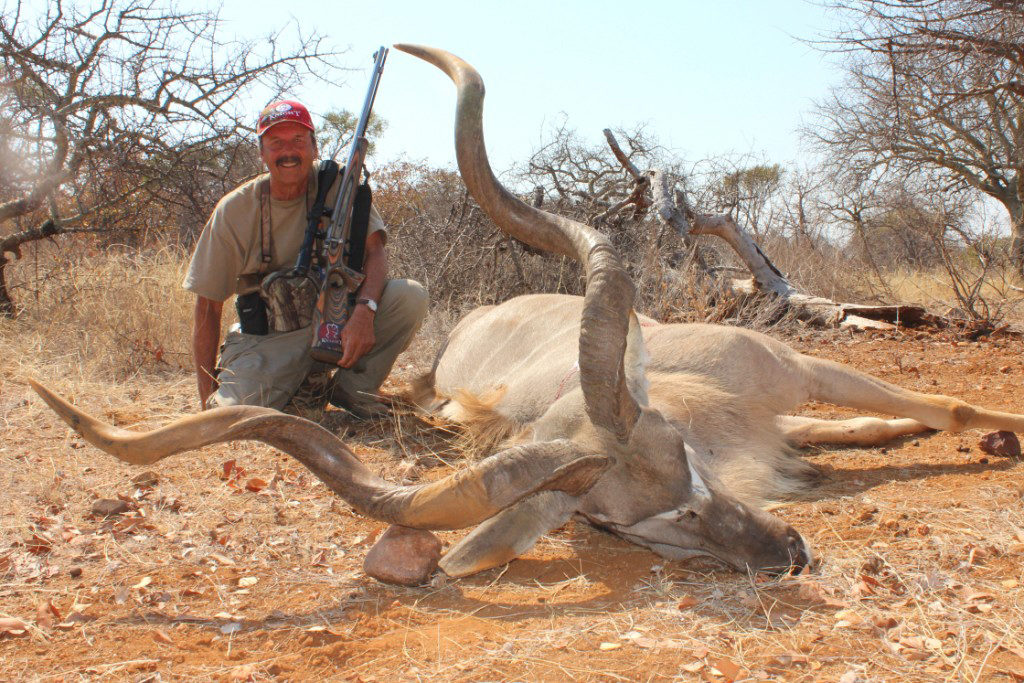