Avid hunter and friend of Knight Rifles Tony Martins recently returned from a hunting expedition to Africa. With his trusty Mountaineer in hand he managed to score some great trophies during his time there. Although he did not get a chance to hunt buffalo as he had hoped, he did take 3 of the animals he wanted using his Knight Rifles Muzzleloader. 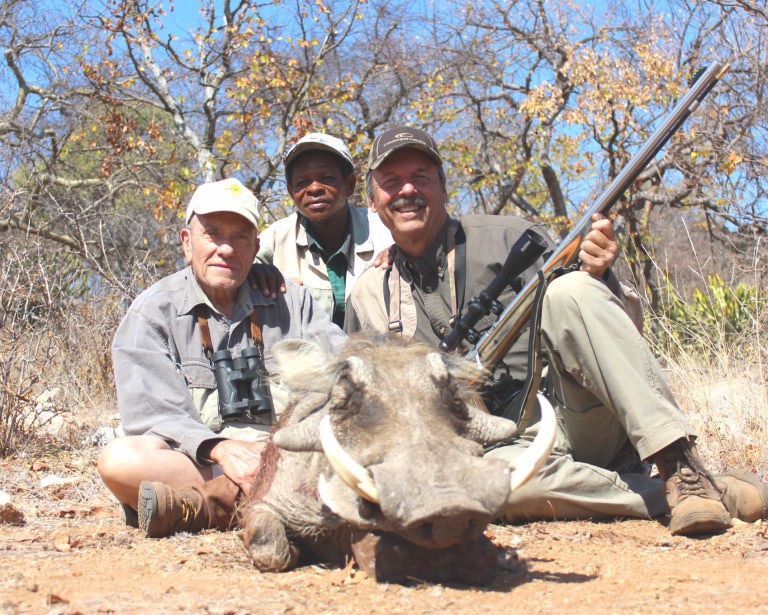 Weighing 110 kilograms, this was a very large and old warthog. He was taken with single shot at 65 yards, recovery at about 100 yards. Tony was told that this was the oldest and largest warthog taken in that area in 6 years. While he says the tusks are not exceptionally long, the animal itself is quite heavy. 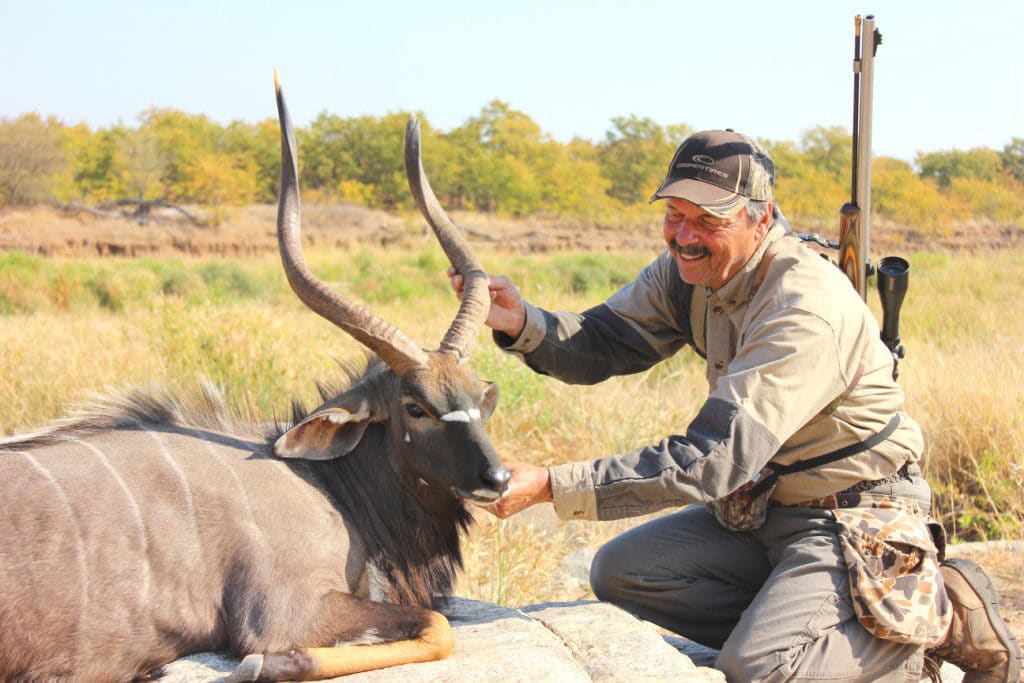 At roughly 8 years old, this beautiful nyala bull has lots of character (his left horn was broken) that made the official Rowland Ward record book for African animals by more than an inch. The unbroken horn is 28 inches. He was taken after a long stalk with a single shot at 110 yards – he dropped in his tracks. 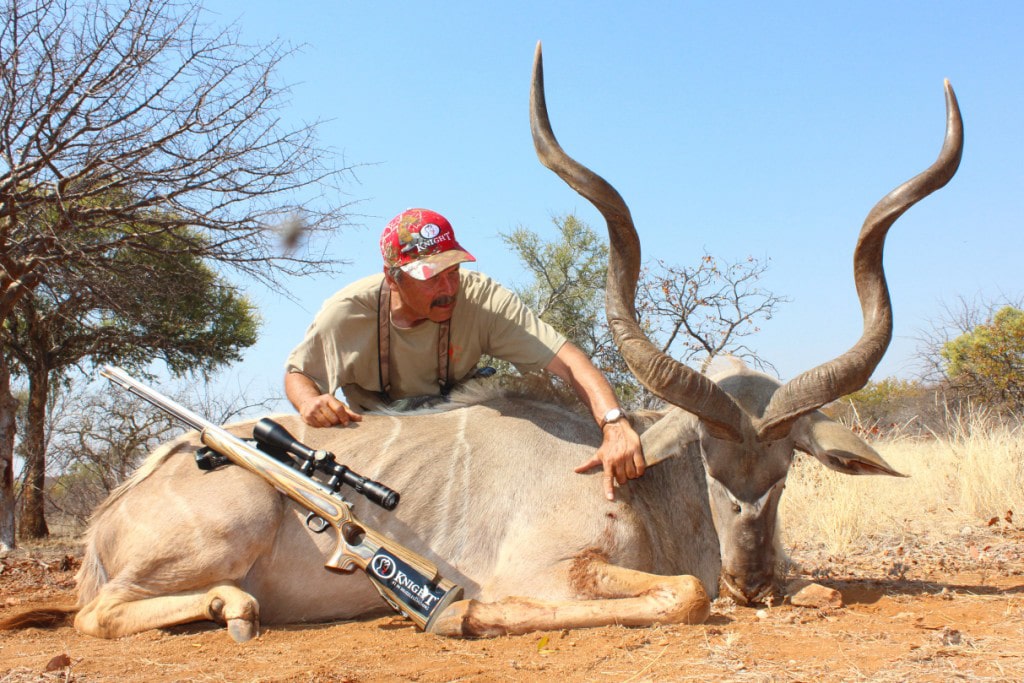 Roughly 8 years old and with plenty of character, this great old kudu bull had some scars from fighting, including a deep hole in the bridge of his nose from the horn of another bull. These are really tough animals. This one traveled about 100 yards and laid down to die after a perfect shoulder shot, but the young tracking dog bumped him so they had to chase him another 200 yards. 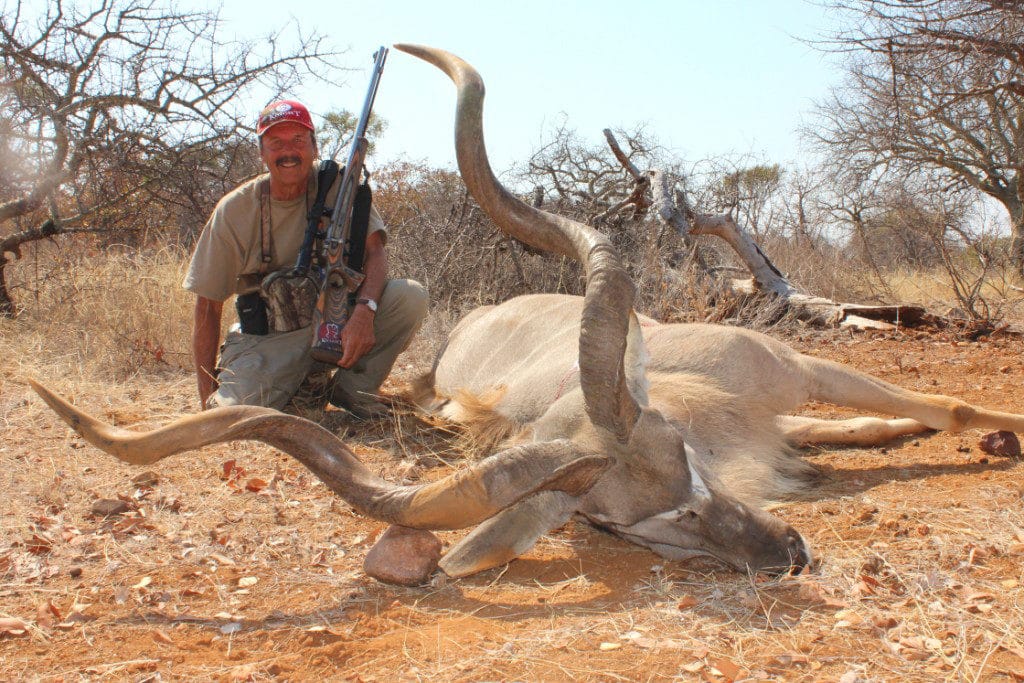 With a second perfect shot on the opposite shoulder, Tony was making sure he wouldn’t run off, even though the first shot would have been fatal. After reloading once more he approached the dying kudu bull and it jumped up again! Once the dog cleared Tony was able to shoot him a third time through both lungs and he expired. 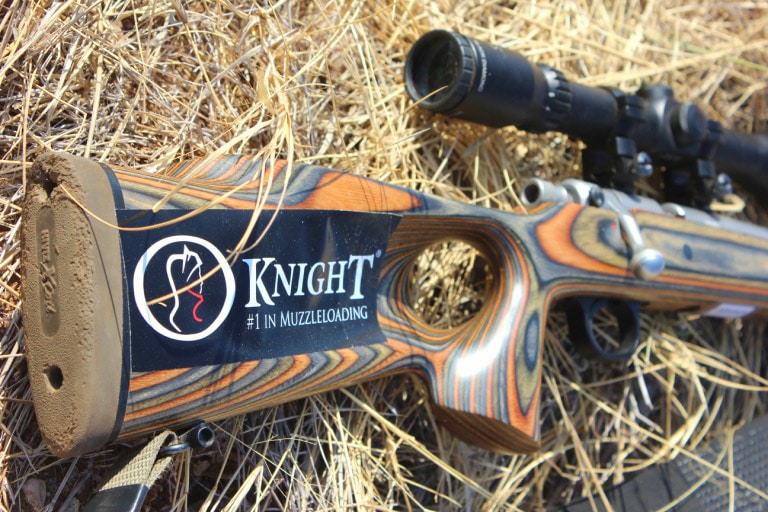 Knight Rifles is glad to have wonderful friends like Tony Martins. We wish all of you happy hunting and good luck this coming muzzleloader season!