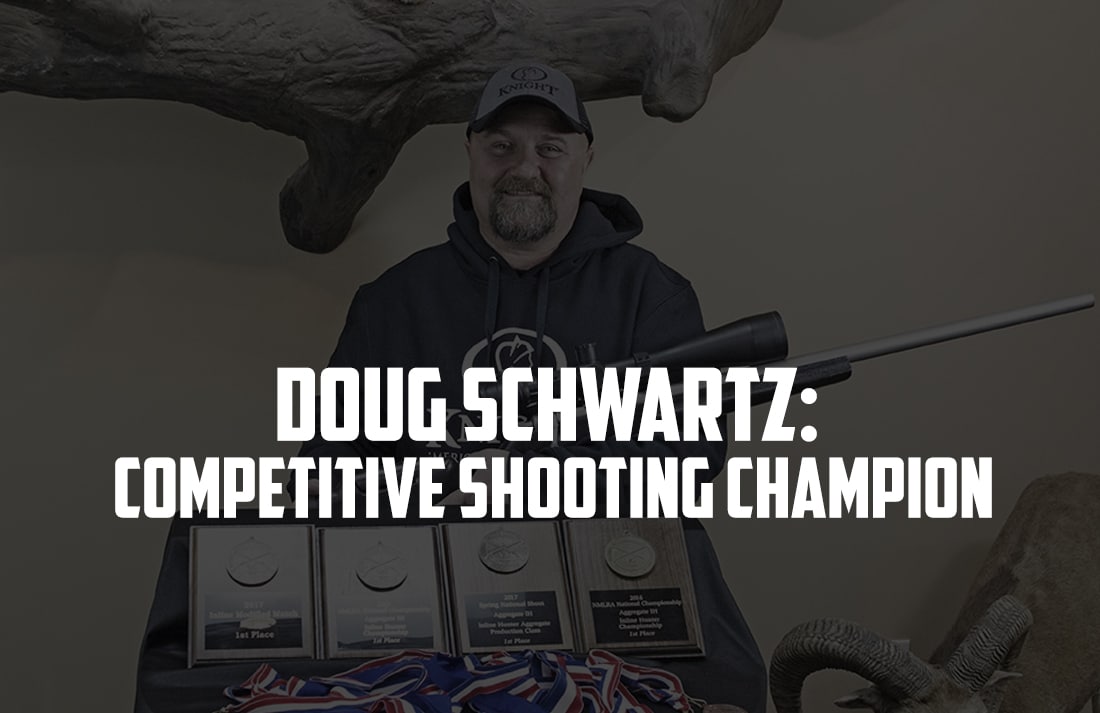 The Knight Pro Shooter Team is pleased to introduce its newest member, Doug Schwartz. Doug is an Award-Winning Competitive Shooting Champion from Monroe, Indiana, with an impressive history of wins in the world of shooting. 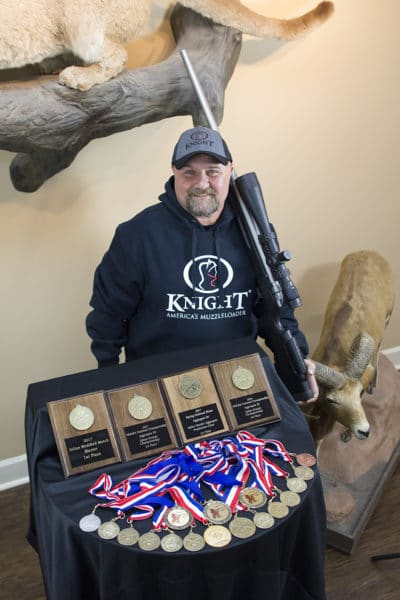 Starting out as a professional competitive archer, Doug lived every sportsman’s dream, and it was following that dream that ultimately led to Doug becoming one of the country’s top competitive muzzleloader shooters. Although touring the country to compete in tournaments and earning many championship archery titles was a rewarding experience, Doug’s reign as a championship pro archer was limited by his desire to dedicate himself to his family. Retiring from archery allowed him to spend more time with his wife and three daughters, but as his girls grew older, Doug found himself missing the competitive sportsman’s world, so he made the decision to shift his focus to competitive muzzleloader shooting.

Since themid-1980’ss, Doug has been a fan of Knight’s modern muzzleloaders. He had always wanted a muzzleloader with a 1:20 twist from Knight, but at the time he could not find one locally. Ultimately, Doug had a custom rifle built and started shooting competitively again, only then with black powder instead of arrows, and finally, with the finest, safest, most versatile black powder rifle ever forged: Knight Rifles.

For a full year, Doug practiced shooting with the Knight 500 and Knight Mountaineer, getting range time as often as he possibly could. According to Doug, once he started competing with his Knight Rifle, he never lost a competition and has landed some of the most impressive shots of his career.

“In the last two Nationals, I won with my Knight 500. I have not been beaten since I first started using it.”

Adding to an already impressive shooting career, in the spring and fall of 2017, Doug won the Inline Hunters Division, the Open Division, and each and every one of the long-range events at the National Muzzle Loading Rifle Association’s Friendship National Shoot. During the Creedmore event, he made all of the required 15 shots in 45 minutes in prone position with cross sticks using the Knight 500. Winning all of the long-range events at the Friendship National is no small feat: the M3 event consists of 5 total shots at 100, 200, and 300 yards; the M5 Long Range match consists of 100, 200, 300, 400, and 500 yards at 5 shots each distance, with no sighters permitted; and the Long Range Steel Animal match consists of 3 shots on steel chickens at 200 meters, 3 shots on steel pigs at 300 meters, 3 shots on steel turkeys at 400 yards, and 3 shots on steel rams at 500 yards. Even the most difficult shots were mastered by Doug and his Knight 500.

Impressive shooting in challenging matches is certainly a bullseye description for Doug Schwartz, who is as humble as he is an expert marksman:

“When I say this, I don’t mean to sound corny, but I do feel like it’s an honor to shoot for you guys.”

The Knight Family is equally honored that Doug has joined our team. We have set our sights on the continued expert shooting of not only Doug but the entire team of Knight Pro shooters as we look to the future. Welcome to Knight Rifles, Doug Schwartz!

If you have questions about the Knight Rifles Welcomes Doug Schwartz: Competitive Shooting Champion, please email us at sales@knightrifles.com.