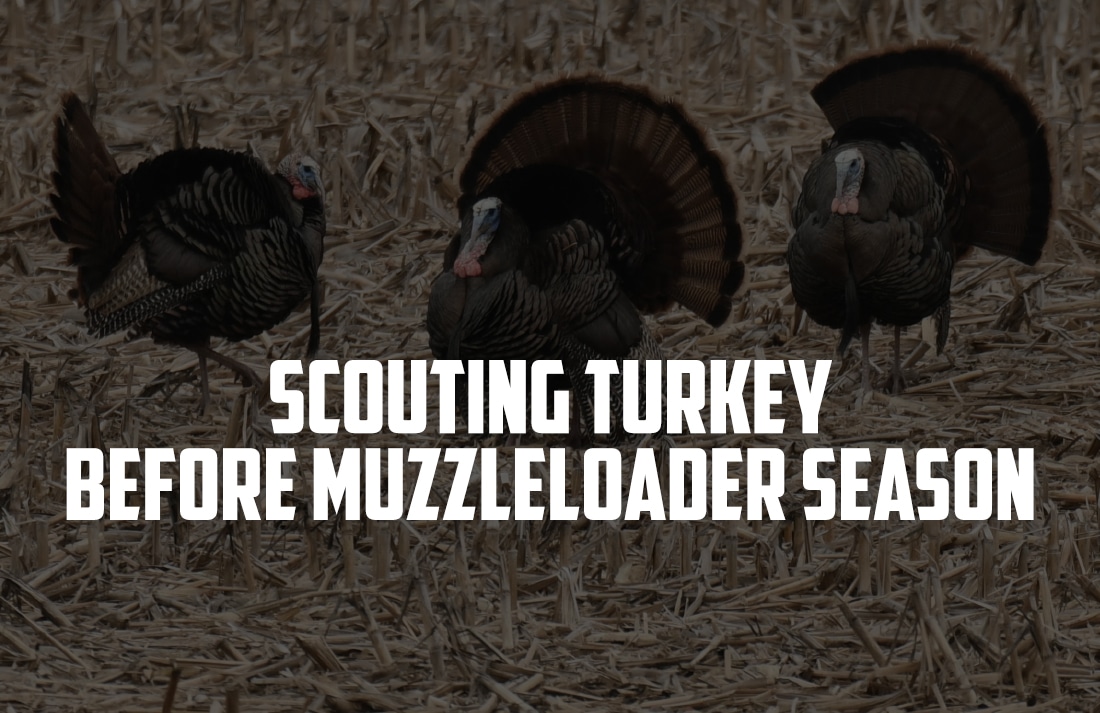 Hunting wild turkey has been around even before the European settlers arrived in North America. There are many stories that describe several Native American tribes’ hunting of the elusive game bird. But today, Turkey can be sly and hard to find, so scouting pre turkey muzzleloader hunting season is a must.

The wild turkey population had been all but eradicated in North America by the early 20th century due to over-hunting, destruction of habitat and lax wildlife regulations. Hunters, conservationists and wildlife agencies stepped in and over the past 100 years turkey populations have bounced back tremendously. It is estimated that there are more than 7 million turkeys in the wild today, with populations in every U.S. state but Alaska.

The first step, that’s arguably one of the most important when preparing for the hunt  – scouting. Scouting too early could hurt your chances so keep that mind when venturing into the great outdoors.  Be sure to learn the land and pay attention closely to it’s layouts. Knowing your hunting territory is absolutely key to bagging a nice bird later on.

Make sure to head out before dawn during the pre-season so you know where the turkeys are roosting. They tend to roost in the same group of trees during the spring. If you’re lucky enough to find roosting turkeys sit tight and watch where they go once they fly down to the ground. Study their paths and keep a close eye on how they behave when they are on the move. Scouting pre turkey muzzleloader hunting season is important because they are very elusive. 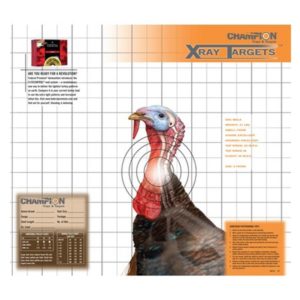 Turkey Targets – Hand drawn vital-zones are so realistic that training your shot placement will help you know you’re sight is dead on.

Be sure to practice your turkey calling skills if you haven’t already. It takes a lot of patience and practice but performing a good call can bring that prize gobbler right into your sights. A lot of beginners like to use box calls which are easy to operate, but other calls such as a slate call may be a better choice since it can mimic all the calls a wild turkey can make. The best call to use is the diaphragm call as it doesn’t require any hand movements so you can remain still while performing calls.

Your most important decision to make is what rifle you’re going to use to bag that prize turkey during Turkey Season. Having a good, reliable rifle is the only way you’re going to take home a bird. Look no further than the most advanced black powder shotgun on the market.

The TK2000 features an exclusive extra-full choke that is designed for 40 yards and beyond. It allows 85% shot density in a 30″ circle at 40 yards. If you’re looking for the ultimate turkey hunting machine, look no further, this muzzleloader is an absolute cannon and will get the job done. Not only does it concentrate your shot into a lethal load, but the Jug-Choke design provides a quick and easy loading venue. It’s the best tool for the upcoming Turkey Season.

*Note: When using Weaver style bases, you may have to shorten the front screw of the front base (closest base and screw to the muzzle) approximately 1/16’’ for proper fit.

That about does it! Thank you for reading and we would like to wish you the best of luck in the up coming Spring 2016 turkey season!

If you have questions about Scouting pre turkey muzzleloader hunting season please email us at sales@knightrifles.com.