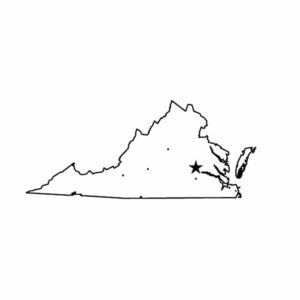 It is unlawful to have in immediate possession any firearm other than a muzzleloading gun while hunting with a muzzleloader. (See exception for valid concealed handgun permit holders on page 18.) It is unlawful to use muzzleloading pistols. Must use at least 50 grains of black powder or black powder equivalent. Smokeless powder is allowed in muzzleloading firearms designed for it. Never use smokeless powder of any type in any quantity in a muzzle-loading firearm that is not specifically designed for it. Scopes are permitted. For the purposes of transportation in a vehicle, muzzleloading firearms are considered unloaded when all powder has been removed from the flashpan, or the percussion cap, primer, or battery has been removed from the firearm. For complete safety, shooting into soft ground should empty a muzzleloader

This information is subject to change, for more information visit: http://www.dgif.virginia.gov/