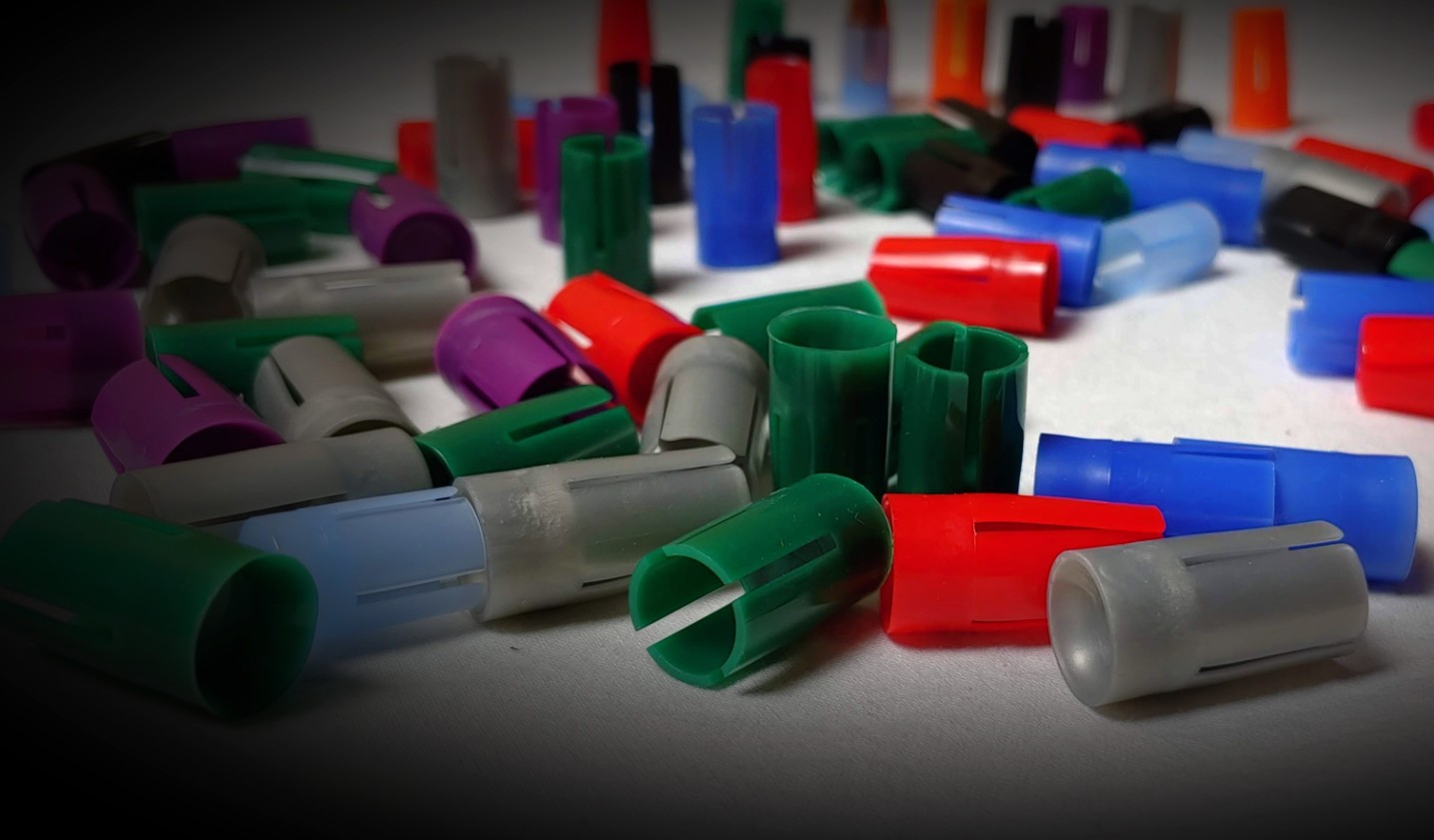 What is a sabot?

Sabots are structural devices used with firearm or cannon ammunition to make a smaller caliber bullet fit into a larger caliber barrel. A sabot is simply a relatively thick, tough and deformable plastic seal that traps propellant gases behind the projectile that forces the sabot and bullet out of the barrel of a rifle. Driving bands are used to seal these full-bore projectiles in the barrel, but not to the extent that the hole is completely filled. There is always some gap between the sabot's outer diameter and the barrel’s inner diameter, usually a few thousandths of an inch. This gap is just large enough for high-pressure gases to slip by during firing. The driving bands are made from materials that are able to change shape and seal the barrel as the bullet is forced from the chamber into the barrel. However, a small caliber jacketed bullet does not normally have driving bands because the jacket material is pliable enough, and the bullets are manufactured to be just a bit larger than the barrel, which provides proper sealing.

The function of a sabot is to fill the gap between a larger bulkhead structure and the entire barrel, in return, providing a larger surface area for propellant gases to act upon rather than that of the smaller caliber bullet. Effective aerodynamic design of a projectile does not always have efficient interior ballistic design to achieve high muzzle velocity. Propellant gases create a high amount of pressure, and the larger the base area that pressure acts upon, the greater the net force on that surface. Force (pressure times area) provides acceleration to the mass of the projectile.

The purpose of sabots is to allow a smaller diameter bullet to be launched at a greater speed than if the bullet alone were fired from a gun of equal caliber. They are typically made from a lightweight material, such as high-strength plastics. Sabots often have several longitudinal pieces that are held in place at the base. When the bullet and sabot are fired, the sabot blocks the gas from escaping and gives significant structural support that assists the acceleration of the bullet as it moves down the barrel. When the sabot reaches the end of the barrel and hits still air, the longitudinal pieces of plastic are dislodged from the bullet, allowing the pieces to fall away when the bullet reaches a certain distance. At that point, the bullet continues toward its target at a higher velocity than that same bullet fired without the use of a sabot.