Make sure to check out the Hollywood Hunter on Sportsman Channel this fall!  Inspired by his father’s love of hunting, Freddy grew to become a world class big game hunter and outdoor conservationist. His father’s mentorship as the successful creator of a global marketing company also polished Freddy’s natural charm as a businessman. Armed with this and a marketing degree from Clarion University of Pennsylvania, he was ready to tackle the business world. But, his world changed (literally) when he married celebrity host Jeannie Mai and moved to Hollywood. Caught between worlds, Freddy combined his passions and experiences to not only re-invent himself, but to bridge a gap between the sportsman and the city slickers.

Freddy is now the star, driving force, and creator of Hollywood Hunter. He has founded Hollywood Hunter Productions, the entity that not only Freddyproduces the Hollywood Hunter, but is busy developing new television content and creating commercials for the outdoor world. Freddy is also busy using his brand to support other passions, finding time to co-create the Hunter Athlete System, a patented athletic program designed by hunters for hunters. With such momentum behind him, Freddy has become a television persona outside of the hunting world, recently starring alongside his wife in a holiday special on the STYLE network. Now, he’s not only a world class sportsman and businessman, he is the Hollywood Hunter. Freddy is a great hunter and armed with his Knight Muzzleloader is force to be reckoned with!

The Hollywood Hunter On Sportsman Channel 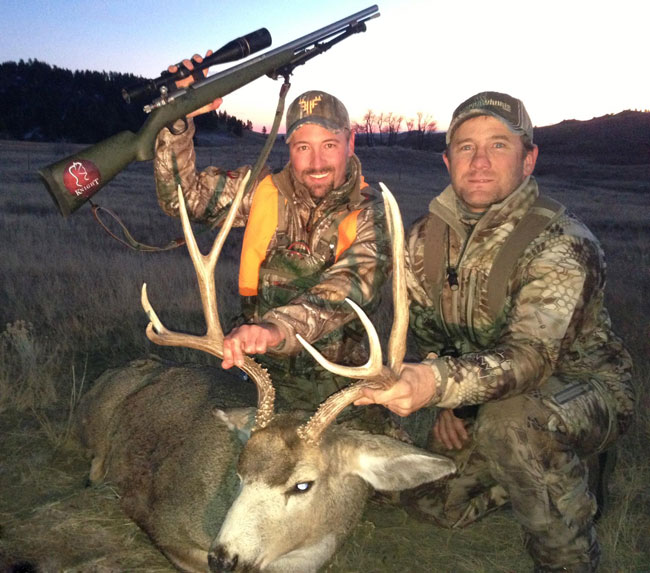 If you have questions about any of our Knight Muzzleloaders, please email us at sales@knightrifles.com.